Did Wind Energy Cause the 2021 Texas Power Crisis?

Proponents of Texas’ independent energy grid had a tough reckoning to deal with in February. An out-of-nowhere blizzard brought a proud energy industry to its knees, and 10 million people were stuck without power in freezing weather. Pipes burst, people took shelter in furniture stores and politicians pointed fingers. At least 150 people lost their lives.

Several months later, what happened may still seem as unclear as the visibility in the Lone Star state was when Winter Storm Uri hit. Accusations of gas being unreliable or wind power being useless in poor conditions make sorting out what caused the catastrophe a conundrum.

In truth, a combination of factors led to the shutdown of the state’s independent energy grid, some of which were preventable, others that caught power providers by surprise.

Why Winter Storm Uri was so devastating

Failures at nearly every stage were the reason for the Texas power outage. A perfect storm of vulnerabilities enabled an already harsh winter blast to bring much of the state into a power grid failure. The icy weather brought the coldest temperature recorded in North Texas in 72 years at −2 degrees Fahrenheit. Power equipment either wasn’t winterized or had not been adequately prepared for the harsh storm, leaving it vulnerable to extended periods of cold weather. Winterization had been encouraged but not legally required before the storm. 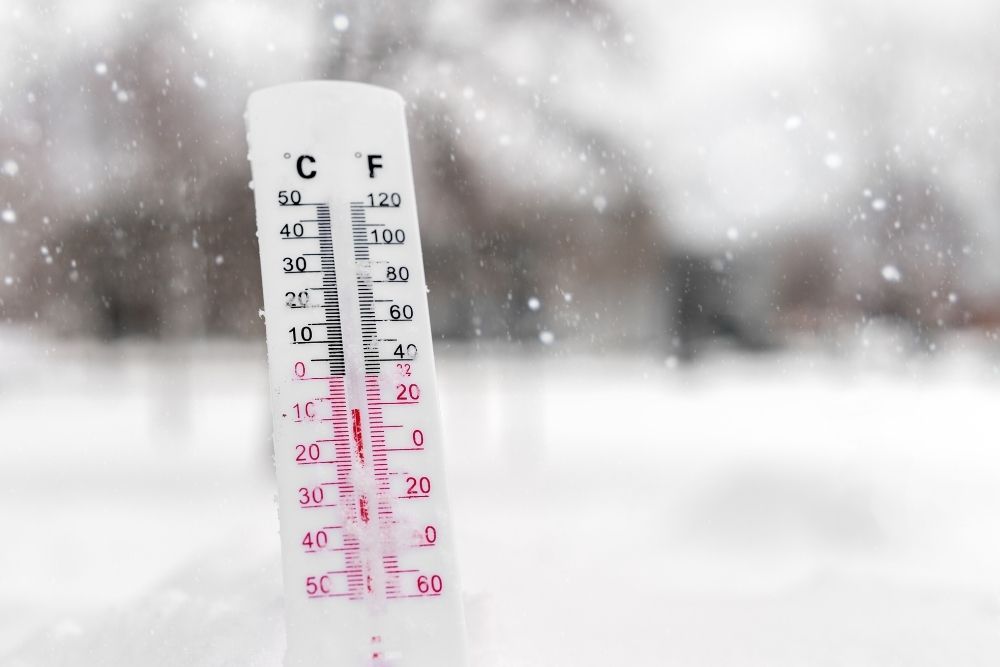 When you think of snowy, icy winters, the warmer temperatures of Texas aren’t the first place most think of. Texas typically has a more mild overall winter compared to the northern U.S. states.
But diving winter temperatures pushed Texans to crank up their heaters, many of which were cheap and inefficient for keeping their homes warm. Energy demand spiked to levels normally only seen on the most scorching summer days.

While power suppliers normally plan for winter, unexpectedly arctic temperatures froze natural gas supply lines and halted wind turbines. About 46,000 megawatts of power were offline statewide by the storm. Of that, 28,000 came from natural gas, coal, and nuclear plants while 18,000 came from wind and solar, according to the Electric Reliability Council of Texas (ERCOT).
Every power source underperformed, Daniel Cohan, an associate professor of civil and environmental engineering at Rice University in Houston, said on Twitter, and that none of the equipment was properly winterized.

While many pointed fingers at renewable energy suppliers, in reality, the Texas power grid lost roughly five times as much power from natural gas as it had from wind, according to a report by the New York Times.
Equipment freezes wreaked havoc on natural gas power generating facilities and other power sources. Many facilities and equipment that didn’t freeze up then buckled from mechanical issues and the heavy energy demand Texans needed. When blackouts left plants without power, it disabled some compressors that push gas through pipes, which caused more disruptions for gas plants due to lack of supply.
The governor later acknowledged that power sources across the state, both renewable and nonrenewable, had failed under the harsh conditions and were the cause of the Texas blackout. 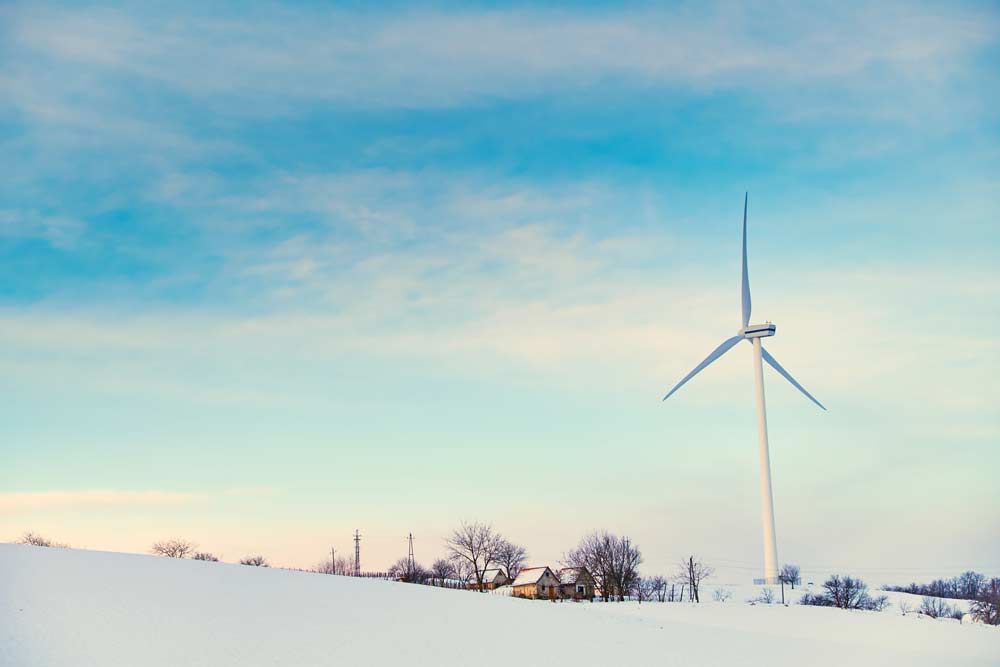 Was wind energy to blame?

Initially, blame for the Texas winter blackout in energy was laid at the feet of renewable energy sources such as frozen wind turbines. Politicians, including Texas Gov. Greg Abbott, claimed renewable energy was unreliable and a chief culprit for the outage.
However, that only accounts for about a quarter of the state’s total power output.
Though wind and solar did not fail from the weather as harshly as natural gas providers had, the renewable energy sector did have its own criticisms and lessons to learn. Namely, while frozen wind turbines were not the culprit they had been painted to be, they were at least a factor in the overall draught of available energy.
Still, wind turbines held only a fraction of the overall energy output, with natural gas, coal, and nuclear power facilities having much more significant drops in energy output.

The main culprit for Texas’ energy crisis: An isolated grid

Texas’ power grid is isolated from the two major national grids in the U.S. (the Eastern Interconnection and the Western Interconnection) to avoid federal oversight. This key feature of the grid, often championed by Texas politicians for providing more choice in the market compared to regulated energy grids, played a key part in the outages. The power grid’s isolation from the east and west coast counterparts made it difficult for Texas to import power from other states. 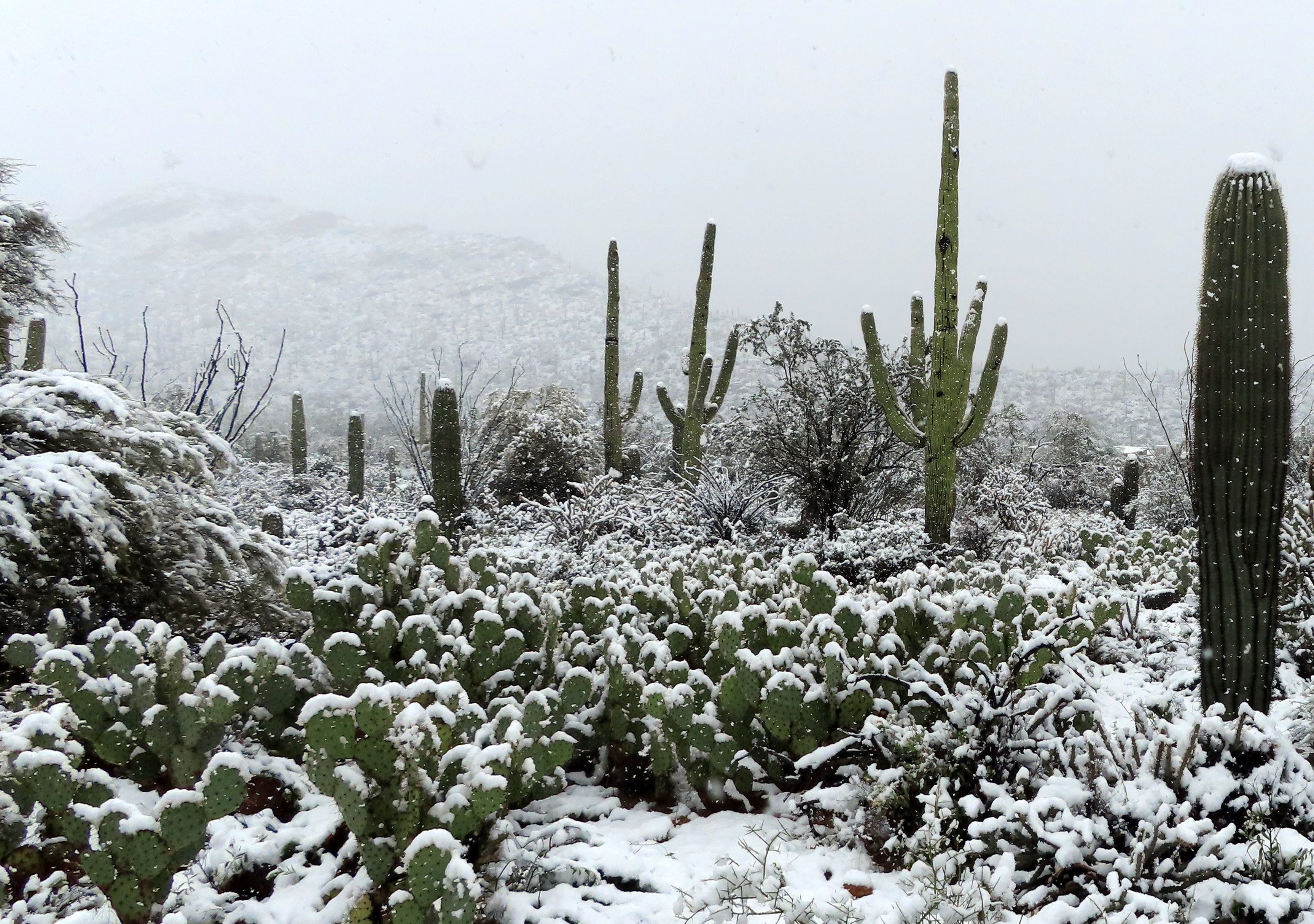 How the government responded

Gov. Abbott signed two bills in June that reformed ERCOT and improved the state power grid’s reliability.
The new laws require power generation, gas, and transmission facilities are required under the law to be sufficiently weatherized for the kinds of brutal winter storms that caused the outage in the first place. They will also require inspection by The Texas Railroad Commission and ERCOT.
The law also now requires that Texans be given a “power outage alert” when the state’s power supply may be in danger of not meeting demand. During the power crisis in February, many had no idea how long to expect their power to be out for, not realizing this was not a typical outage.
Those who fail to properly weatherize their equipment will be hit with a fine of up to $1 million a day. 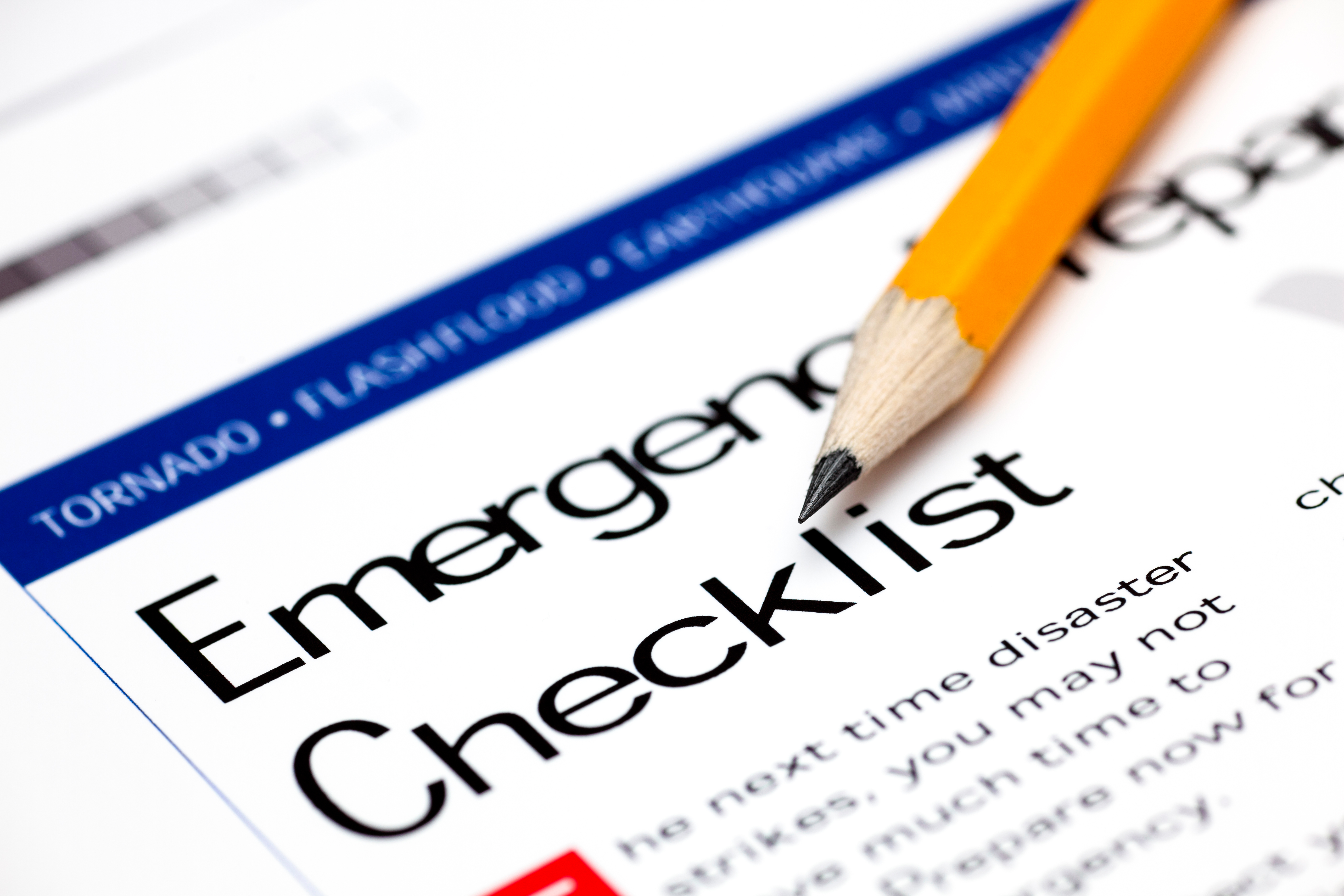 How to survive a power outage in the cold

If you found yourself in this situation, what should you do? Many people only made it through the storm thanks to the generosity of strangers and store owners opening their doors to keep the public warm.
If you’re ever caught in extreme winter weather without heat or power, here are some crucial tips from the Centers for Disease Control and Prevention (CDC) to keep you and your family safe:

The CDC recommends, if possible, staying indoors. Going outside can risk exposure to further cold, allow cold air into the pocket of warmth in your home, and make heating your home back up more difficult.

Layer up to keep warm

Use a fireplace if it is safe

Make sure before using a fireplace that it has proper ventilation to the outside and won’t leak gas or smoke into your home. The CDC says to keep the fire stocked with dry firewood, not paper.

Keep your food from spoiling

Avoid opening your fridge too often when the power is out to keep your food cold as long as possible. The Federal Emergency Management Agency (FEMA) says a fridge can keep food from warming during a power outage for around four hours. A freezer can last even longer, keeping temperature for about 48 hours.

Go somewhere warm if it is safe

If you can go somewhere, like a friend or relatives with power or a local shelter, go there only if it is safe to do so.

What if I still have power but others are having outages?

Conserve power if you still have it. Avoid using heavy energy-dependent appliances like washing machines if possible. Unplug electronics not in use and avoid leaving lights or electronics running. While you may still have power, putting added strain on the system can lead to further outages, including your own home or others. 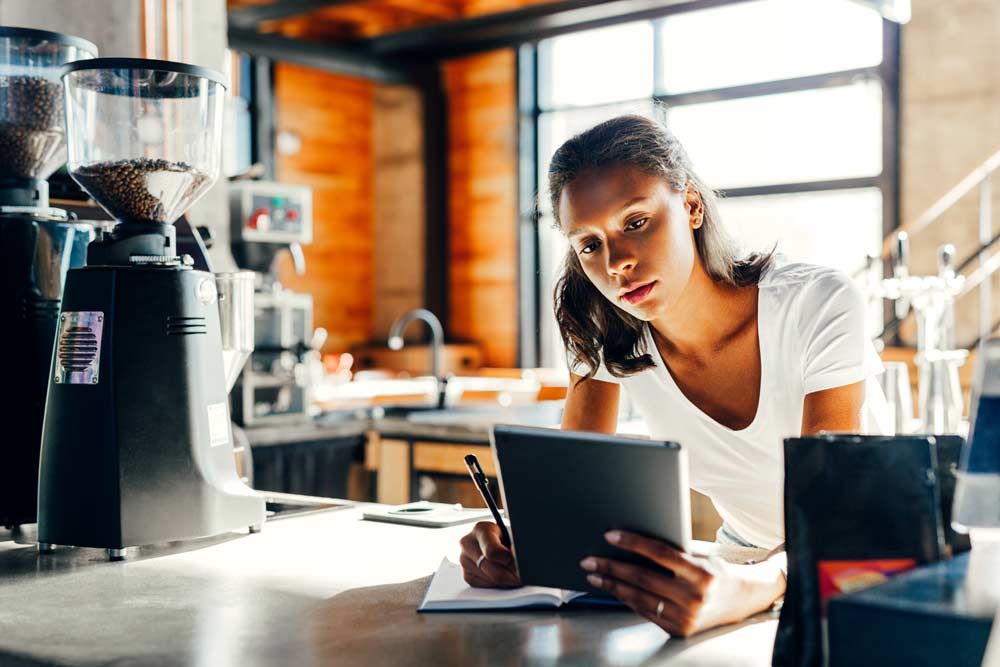 The price spikes during the Texas blackout were monumental and devastating to many Texas businesses. While wind and weather may be out of your control as a business owner, your electricity plan is your choice. At Integrity Energy, we specialize in helping small-to-medium size business owners find the best fixed-rate plans to keep their energy costs flat and manageable for the long run.

We offer rates from over 30 major suppliers, allowing you to have a wide variety of plans to choose from, and we pride ourselves on providing next-level service and guidance to our customers to help them make the best energy choices for their needs. Over the last decade, we’ve helped over 40,000 business owners across Texas and the contiguous U.S. save more on energy bills and stay price protected for the long run.